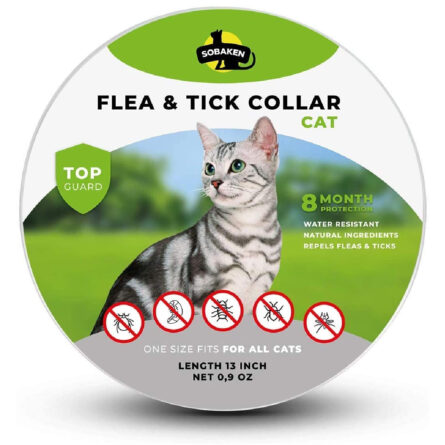 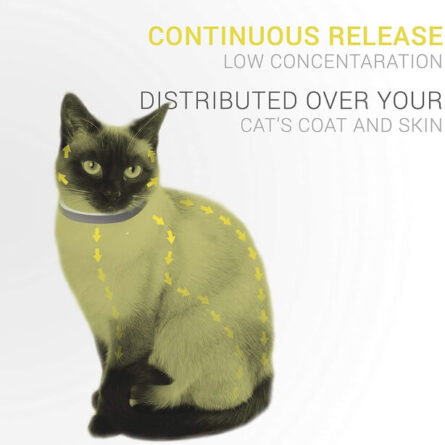 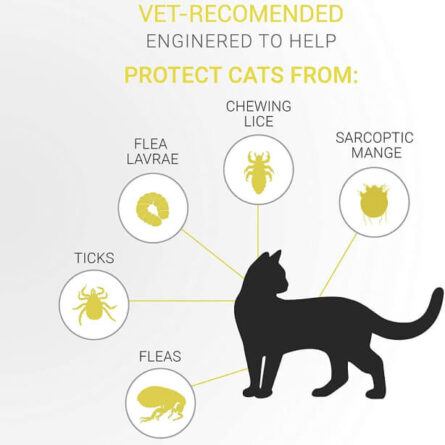 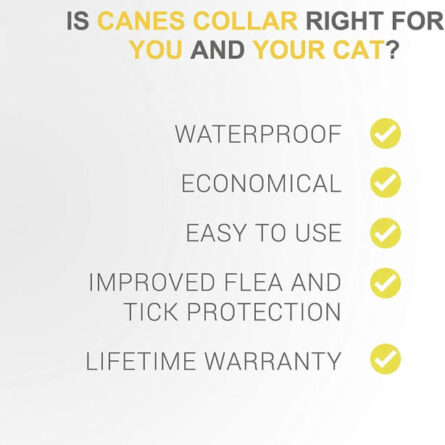 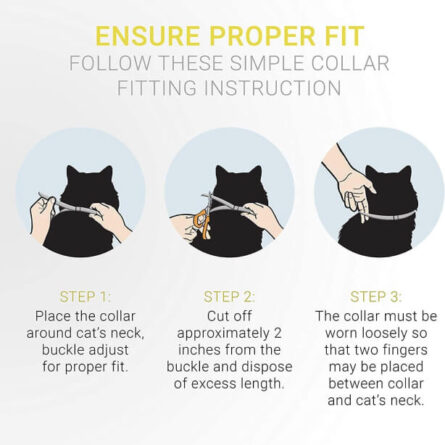 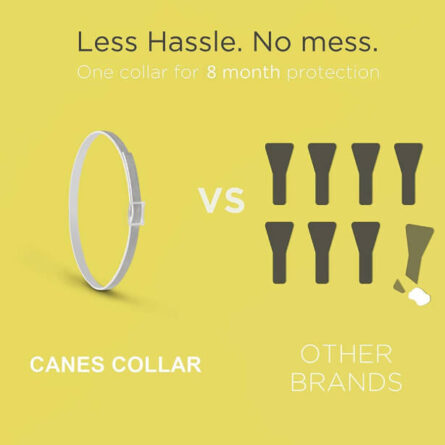 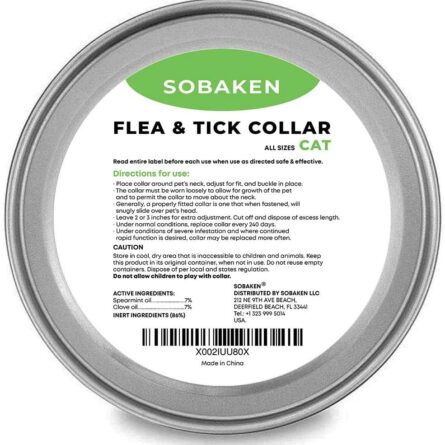 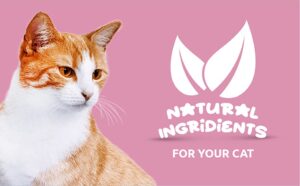 STOP WONDERING IF YOU REMEMBERED THEIR DROPS
◉ Many forms of pest control are effective and safe
◉ One benefit of collars is significantly reduced cost and you do not have to apply it month to month. You are not going to miss a month of coverage.
◉ This is one less thing to worry about

PET SAFETY
◉ Pest control chemicals, in proper doses, are not toxic however it’s a best practice to wash your hands after contact
◉ Spread pet treatments out. If using a shampoo with pest control, then wait a few days to put the collar back on.
◉ If children come into contact with the collar while playing have them wash their hands

ZERO TOLERANCE
◉ We love pets as family and have zero tolerance of side effects. Watch your pet for side effects when introducing any kind of new treatment.
◉ Flea and Tick prevention for cats is important but if the treatment begins to have side effects then stop immediately and consult your vet
◉ If you observe any change in behavior or your pet seems lethargic or appetite is not normal then remove the collar and consult your vet 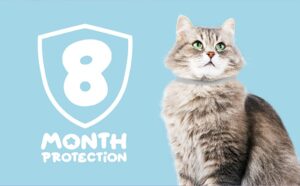 Do you use chemical ingredients in your products?

No. We use only NATURAL ingredients in all of our products.

How do you implement a CHARITY program in your company?

With every sold collar we donate to Organizations that are engaged in saving animals. Also we help animal shelters that have been affected by the war in Ukraine.

How long is your product warranty?

Our Flea and Tick Сollars protect your pet  from flea and ticks during 8 MONTHS.

The warranty is valid for all 8 months.

Are your products certified?

Yes. We have EPA certificate and all relevant product safety testing documentation and certification from an accredited independent testing laboratory.

I have used this collar for cats and dogs (the dog version of course) and both have successfully rid my animals of fleas. I live in an area with very chemical resistant fleas and within two days of having this thing on either animal, I notice no more new fleas (flea dirt takes a while to dissipate depending on the length of the animals hair). A note on the issue those have had with adverse reactions from their animals: as stated by many veterinarians, any loving being can be allergic to anything. Household pets have a habit of scratching and biting irritations and wounds to the point of hair loss and blood. I have never seen any indication that anything in this product should decay animal flesh, rather I (in my educated but non professional opinion) these isolated incidents are from pets being allergic to the collar and kept scratching and knowing at the area until hair loss and wounds resulted. I had a dog allergic to something as simple as turkey so I think this is a very plausible explanation. I have had nothing but 4-5 summers of positive experiences with this product and have recommended it to others who have purchased enough for around 10 animals with similar results.

I have been battling fleas for quite a while, using top of the line spot on product, spraying the house, bombed the house. I finally bought these collars and bombed the house again. No fleas! 2 weeks in extremely satisfied.

Well I have 3 cats and since I knew ahead of time that every animal is different and some can have an allergic reaction and some would not I ordered only one collar to test on all 3 cats. One of my cats, Silas, is allergic to flea dirt and was scratching so much that he was no longer a long haired cat and there was no where to touch him without touching sores so I put the collar on him first. It took about 4 days before he had a reaction to the collar but he did have one and it was the chemical burn type seen in other reviews on their animals. I simply took it off and put it on another one of my cats, Aspen. Aspen has not had any type of reaction whatsoever to it in the 2 weeks he has worn it and he is completely clear of fleas. Last night Silas (whom we refer to as our British snob and we feel that if he was human he would definitely be royalty seeing how he looks at all other animals and most people as if they are peasants so very seldomly comes out of “hiding” (from behind our kitchen curtain if that is a hiding place?), will only drink water as it is running from the filtered tap, and has to eat fancy feast from a certain bowl or he won’t eat it) decided to grace me with his presence to demand some affection. As I was petting him I couldn’t help but notice he is completely clear of fleas and all previous sores!!!! Mind you he only wore it for 4 days before it was taken off but still clear and no sores!!! Awesome! I am now testing it on our female cat, Sylvannas. So far she has not had any type of reaction either but it has only been 2 days and she is already completely clear of fleas! Can’t wait to order for our dogs and take them off their monthly meds!

Thank you. Your coupon will be applied automatically at checkout.

No products in the cart.

Get 15% Discount
Get discount 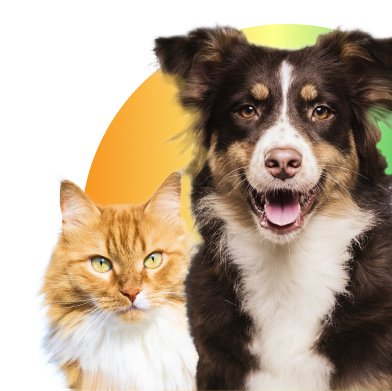 Complete your order within : minutes and get 20% discount
Activate coupon 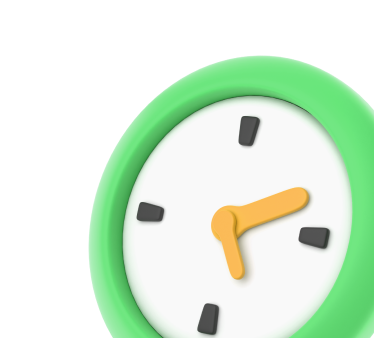 Already leaving? :( If you make a purchase, we will give you a 25% discount
Activate coupon 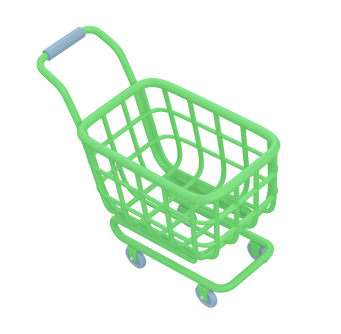